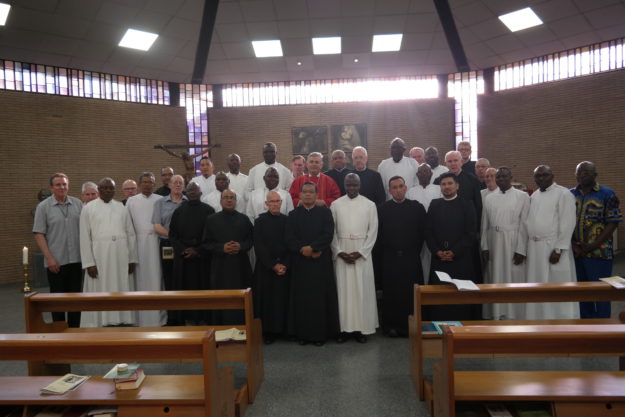 The 23rd General Chapter of the Brothers of Charity was officially declared open with the opening speech of Superior General Bro. René Stockman. In the afternoon, we chose the secretary of the chapter and the members of the various commissions. The first day ended with a Eucharist celebration presided over by Mgr. Carballo, secretary of the Congregation of Consecrated Life.