– Bro. René Stockman, Superior General of the Brothers of Charity –

The euthanasia debate within the Organization of the Brothers of Charity in Belgium has been the cause of great concern to us for quite some time. And so, I felt embarrassed when I learned about the Organization’s final verdict on Tuesday 12 September that they had decided to stand by their vision statement and thus allow and perform euthanasia for psychiatric patients under certain conditions and within their and our facilities. I was even more surprised when I read that they believe this decision to be in line with the Catholic doctrine and describe it as a kind of merciful assistance. Read more >> 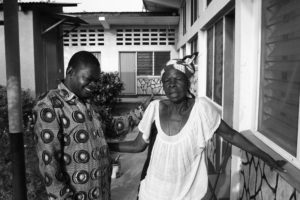 A Brother of Charity with a patient in the psychiatric centre of Kananga, DR Congo.