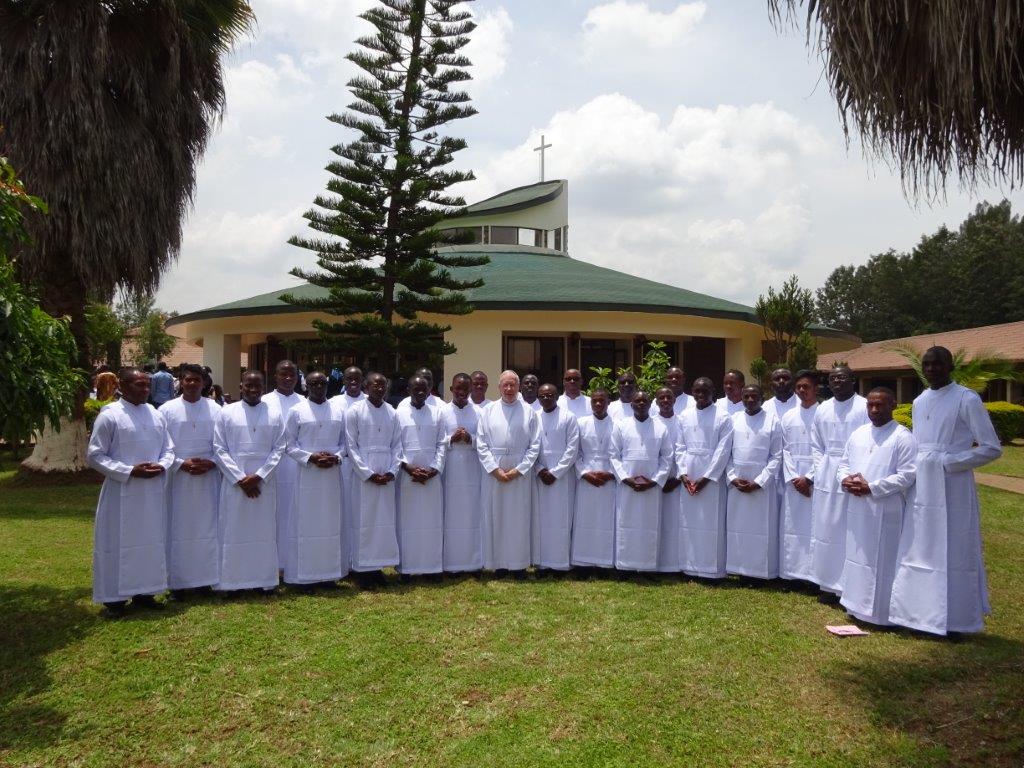 On Saturday 29 February 2020, 27 young men received the habit as novices in the International Novitiate of the Brothers of Charity in Nairobi.

After a week of spiritual guidance by Superior General Bro. René Stockman, he received the 27 young men and accepted them into the Congregation as novices. Their novitiate training will take two years, after which they will profess their first vows for a period of one year. This will be followed by renewals until after six years when they can be admitted to make their perpetual profession. In the meantime, most of them will have acquired further professional skills so that they will be involved as Brothers of Charity in various apostolic works.

The novices come from eight different countries: DR Congo, Rwanda, Burundi, Central African Republic, Tanzania, Malawi, Mozambique, India, and Papua New Guinea. We warmly welcome our novices and hope that during their novitiate training they will be able to gain a deeper insight into the charism of the Congregation and the life of the Brothers of Charity.