90 years Brothers of Charity in Indonesia 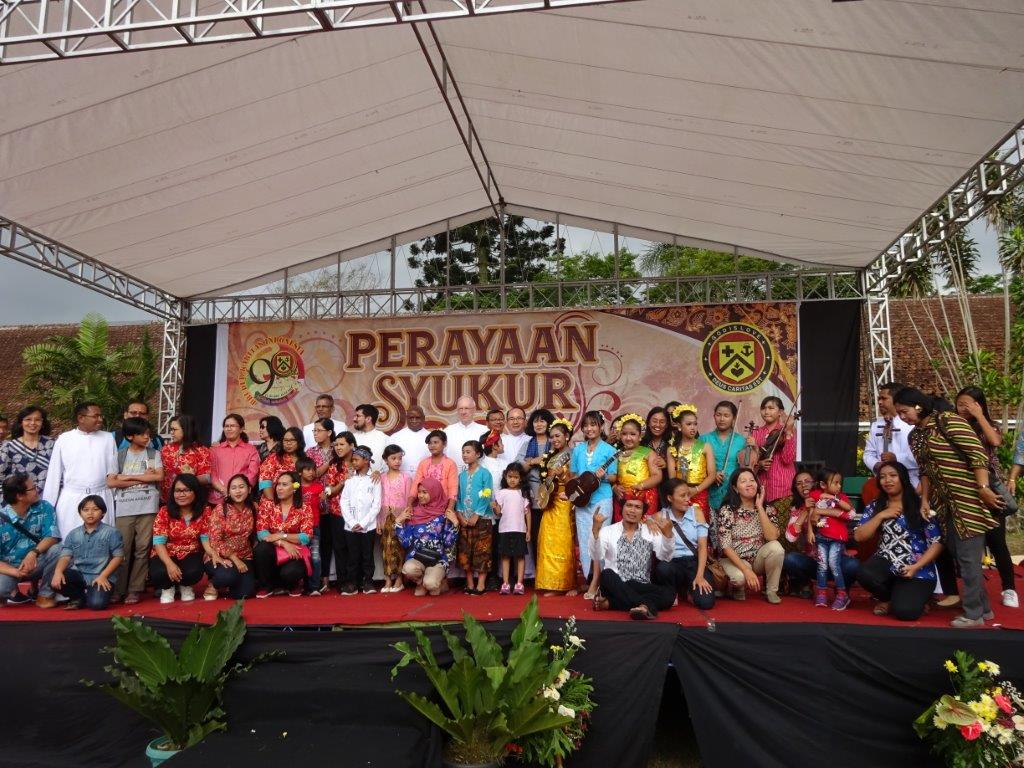 On 15 October 2019, it was exactly 90 years ago that the first Brothers of Charity from the Netherlands arrived in Indonesia, more specifically in Purworejo (Java), where they started the Dutch East Indies School with 286 pupils. This occasion was solemnly commemorated by the Rama Sandjaja region in Wonosobo, where the Brothers of Charity run a school for children and young people with a hearing impairment.

The new bishop of Purwokerto, Mgr. Christophorus, led a beautiful celebration of the Eucharist, where two brothers, Bro. Joannes-Baptista and Bro. Cosmas Robertus, professed their perpetual vows in the hands of the Superior General, Bro. René Stockman.

After the religious ceremony, the various schools of the Brothers of Charity (Purworejo, Purwokerto, Yogyakarta, and Wonosobo) hosted an entertaining and well-received event. Especially the pupils of the Don Bosco School from Wonosobo stole the show with an evocation of the arrival and the trials and tribulations of the brothers in Indonesia over the years.