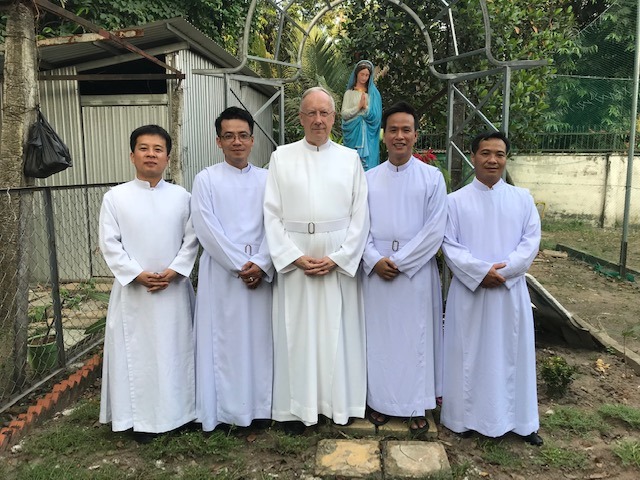 The Brothers of Charity have been in Vietnam since 2003 and are currently in two communities: one in Ho Chi Minh, formerly known as Saigon, and one in Bao Loc. They developed their apostolate in the care of children with autism and learning disabilities, and psychiatric patients. Brother James Wang is the second brother from China with perpetual vows and he has his apostolate in the education of children and young people with intellectual disabilities.