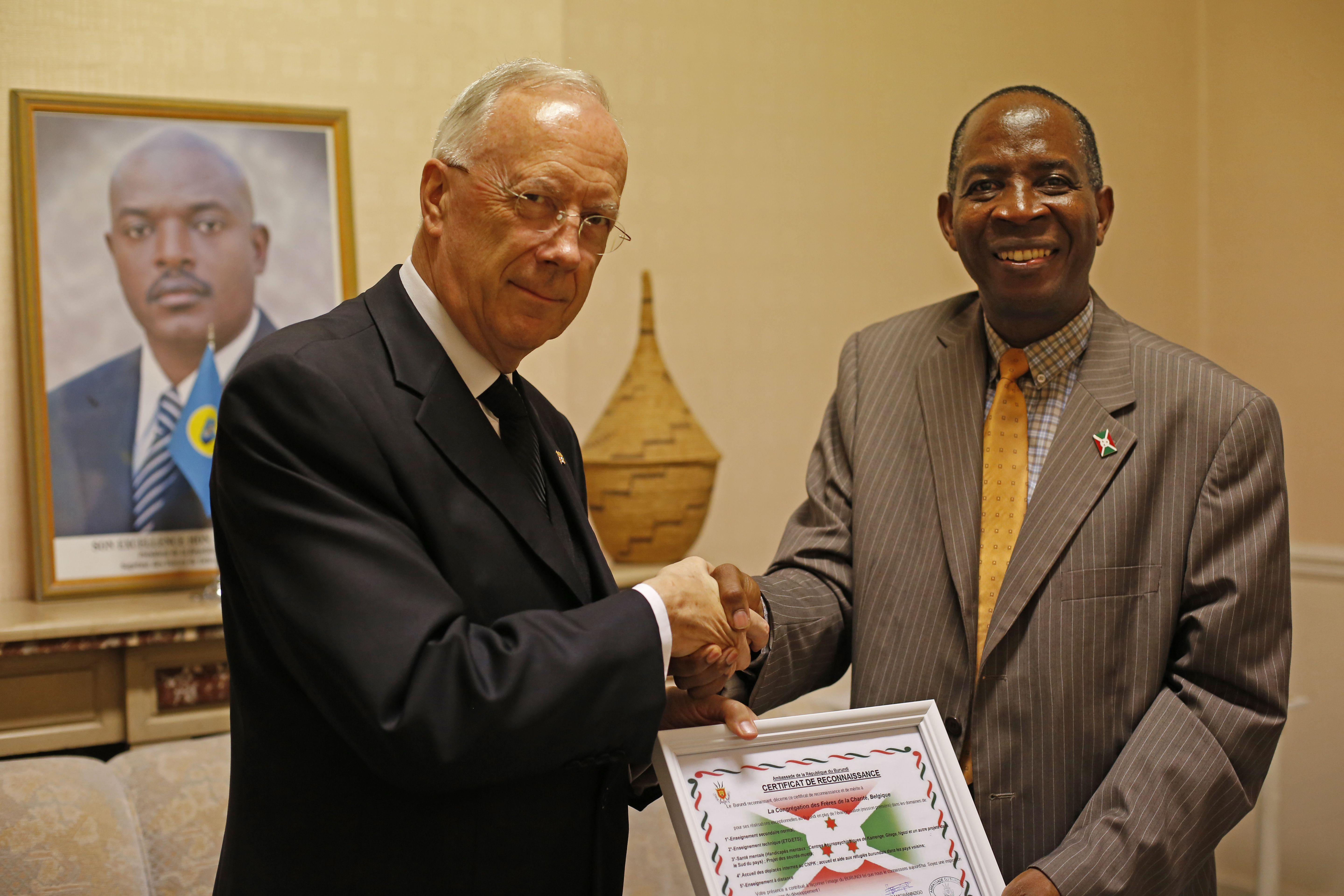 On 10 October, World Mental Health Day, Bro. Stockman received a ‘Certificate of Appreciation’ at the Burundi Embassy on behalf of the Congregation.

During the meeting he had with the Superior General, the ambassador underlined that the people of Burundi owe the Brothers of Charity a great deal, both in terms of education and in terms of care for psychiatric patients and Burundian refugees, both within national borders and in neighbouring countries. He also welcomed the initiatives for further decentralization of mental health care and the development of a psychiatric nursing programme in his country. The ambassador expressed the wish that the Congregation would continue its efforts and underlined that the certificate is only awarded to organizations of special merit.

Bro. Stockman assured the ambassador that the Congregation is pleased to note that there are more vocations in Burundi again and that the brothers intend to continue to work on quality care and education for the Burundi people affected by mental illness. He made an emphatic appeal to the Burundi government to join forces in order to offer the people of Burundi the care that they are entitled to when they are affected by mental illness or trauma or need therapy for drugs or alcohol-related issues.

The certificate will have a place in the offices of Fracarita Belgium, the Brothers of Charity’s Belgian NGO that supports the Congregation’s initiatives all over the world.