It does not have to be all work and no play. With this sensible saying in mind, all capitulants and their translators and secretaries, and the brothers of the General House left for an outing, or rather, a pilgrimage. We took a Saint Francis tour, with visits to a number of lesser known locations where Saint Francis lived and stayed.

We headed for Rieti, and made the first stop in Torri in Sabina, where we visited the old cathedral of ‘Santa Maria della Lode a Vescovio’. This is a very important location because Saint Peter stayed in a house of a convert and celebrated the Eucharist here. A church was built on the site of a pagan temple, where three Christians died a martyr’s death – Massimo, Basso, and Fabio. ‘Forum Novum’, as it was once called, became an important diocese. Today, the 9th century church with its unique 13th century frescoes still stands. The place where Saint Peter celebrated the Eucharist is now a crypt. As chapter members, we prayed for the success of our chapter. By the icon above the altar, known as the ‘Madonna della Lode’, we sang the ‘Salve Regina’.

Then we went on to Greccio, where Saint Francis arranged for the first live nativity scene in 1223, thus ushering in a tradition of creating nativity scenes. The place where Francis celebrated Christmas in 1223, a cave, is located in the centre of the sanctuary. There, we prayed a decade of the rosary and sang ‘Ave Maria’. This is also the site of the room of Saint Francis and of a well-preserved convent. Around the new church, there is a beautiful exhibition of nativity scenes from around the world. After our visit to the sanctuary, we stopped at the ‘Borgo di Greccio’, where scenes from Saint Francis’ life are painted on the houses.

We ended our pilgrimage at Fonte Colombo near Rieti, where Francis wrote his rule and where he underwent a very painful eye operation. The cave where he stayed has been preserved as well as the chapel that he built in honour of Saint Mary Magdalene.

We concluded our day at Arturo’s, the well-known restaurant, where we had dinner. 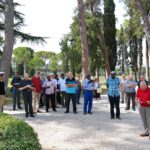 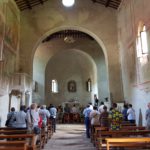 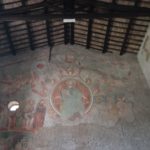 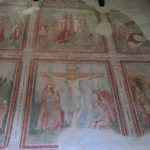 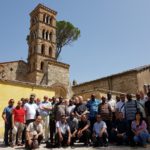 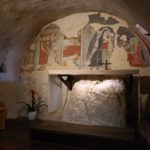 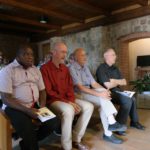 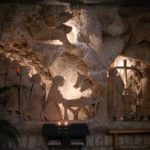 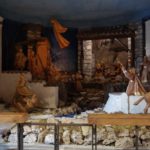 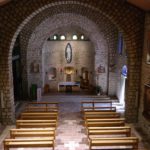 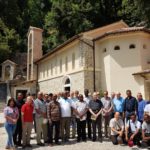 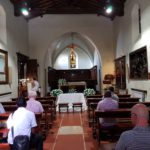 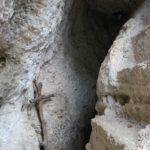 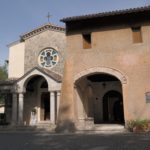 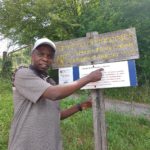 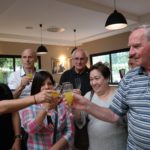 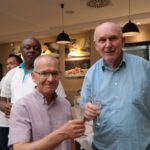 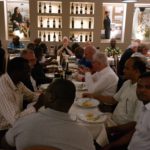 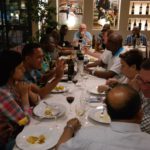 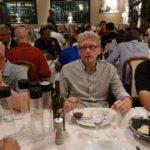