Friday Bro. Deogratias Rwabudandi was celebrated in a special way during the Eucharist at the occasion of his 51th birthday. The whole morning the capitulars where in plenum to discuss the reports of the linguistic discussion groups and to change ideas.

The theme “In the mission of charity” had gathered a lot of ideas and the two speakers of yesterday had guided the participants clearly in a good way.

The vision that Bro. Jimi Huayta-Rivera developed about the Good Samaritan was appreciated by everyone: to give life again to someone who by many is considered to be dead. Our mission of charity has to be permeated of that.

Our mission has always to start out of our contemplation: it is about bringing Jesus to the people and to see, meet and love Jesus in the people we serve. Let us remember the words of Jesus who said to the lame: “Get up and go”, and also the words of Peter: “In the name of Jesus, I say: stand up”. Our mission of the caritas has always to start out of Jesus and in the name of Jesus.

From Europe the solicitude was expressed how the charism of the congregation can remain lively in the bigger institutions. One wanted to confirm clearly the zeal of many lay co-workers. But also the solicitude that our care and accompaniment is going further following the spirit of the caritas is a very important point of attention, probably the most important one. Other groups indicated the difficulty to encourage all the collaborators to follow the charism at the moment of the transferal of an institute.
Our associate member Cristina from Peru gave on the other hand a nice testimony of the richness our charism she experienced at the moment the institution where she worked was taken over by the Brothers of Charity. It was an enrichment for the patients but also for the collaborators. Everyone was touched by the words of one of the patients that she quoted: “I thought my life was hopeless, but here I found peace and a new perspective”.

In all groups attention was asked for systemic change, as was explained yesterday by Father Tomaz as an actualization of the Vincentian spirituality. It has to become a prior working point in the next period. In line with this was asked to look in all regions how could be collaborated more with the other Vincentian congregations and movements. This was also the result of the very positive experiences which are present in different regions.

Different groups asked attention for the financial viability of our apostolic activities. The call was launched to do one’s utmost in order to look for new ways that the self-reliance of the institutions can increase. One found that a long way was gone in comparison with the former chapter, but the way that has to be gone, is still long. But it is a way we have to walk with Providence.

It was asked expressly that the absolute protection of life in the congregation should be reaffirmed and that one has to be prepared to go reverse current if out the society and the public authorities other ideas about these matter are launched. Here no compromises can be accepted. Let us take Jesus as example who stayed faithful on the cross.

In the afternoon the chapter commission worked further on the redaction of the motions which have to give a summary of the activities of this first week of the chapter of affairs.

Saturday it will be an active day of rest with an excursion to the region of Rieti, in the footsteps of Saint Francis of Assisi. But also about that some pictures will be exchanged.

Many thanks for the many reactions we get from all over the world as a sign of the great interest that many show for our general chapter. And certainly for those who promised us their prayers. 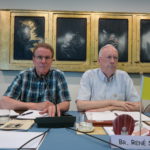 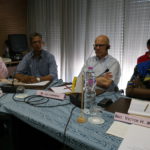 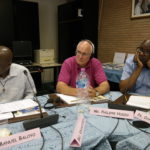 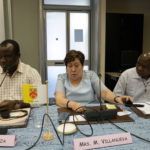 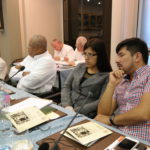 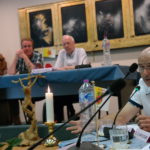 Word of thanks from the Associate Members 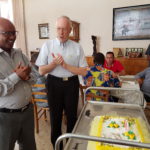