The chapter commission worked this morning on the additions to the motions as they were written out as projects the previous days. The afternoon was given over to a long plenary meeting, where every proposal was reviewed and supplemented with a number of remarks.

It is now up to the chapter commission to come to a final version, which can then be voted on Friday morning as the closing of the chapter.

The revision of the constitutions did not immediately come to a compromise, and it was finally decided that the proposal developed by the commission set up for this purpose could be included during the next chapter period and could also be presented to the entire congregation and possibly supplemented, the normative part can also be reviewed and adjusted. The intention would be that during the next general chapter a broadly supported proposal of both the inspirational and normative part of our constitutions can be presented and possibly approved.
They kept expressing appreciation for the work done, with which we can now go a step further. But even this new proposal of procedure will be put to the vote at the entire chapter before it can be started.

Tomorrow morning the general chapter will proceed to the choice of three general assistants who, together with the already elected superior general and vicar general, will lead the congregation for the next six years. 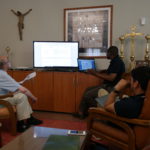 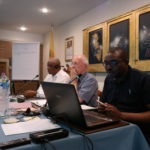 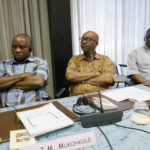 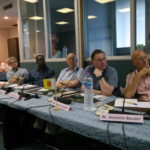