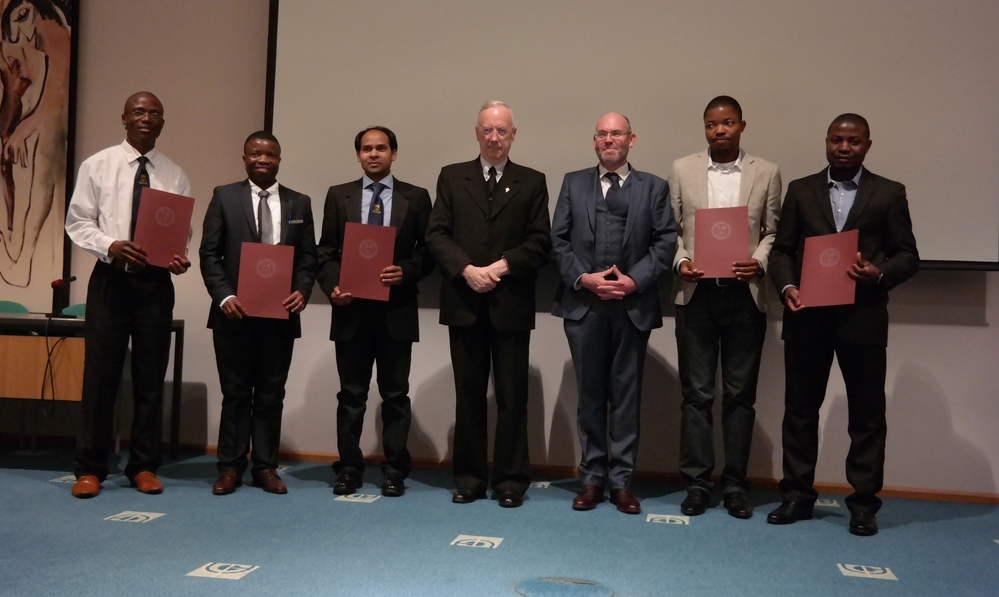 A graduation ceremony was held in the auditorium of the Guislain Formation Centre in Ghent, Belgium on Tuesday 15 March 2016. Five brothers, one Indian and four Congolese, finished their final year.

The auditorium of the Guislain Formation Centre was the setting for a solemn graduation ceremony on Tuesday. Three brothers completed their final year specialising in Psychiatric Nursing, while two other brothers finished their year of specialization in Special Education. The ceremony was hosted by Philippe De Meyer, coordinator of the IICT (International Institute Canon Triest) and Bro. René Stockman, chairman of the IICT and Superior General of the Brothers of Charity.