Inauguration of the Aqua Lodge Hotel in Kigoma, Tanzania

Kigoma, Tanzania – 19 January 2017. In Kigoma, in the presence of Superior General and president of Fracarita International and Fracarita Belgium, Bro. René Stockman, the inauguration of the Aqua Lodge Hotel took place. Aqua Lodge is a small hotel with – for the time being – nine fully equipped rooms and a modern conference room, which the Brothers of Charity in Tanzania want to use to generate extra income to support their apostolic activities.

Simultaneously, 19 shops were opened as another part of the project. The whole project came about thanks to the support of the Belgian government through the Belgian embassy in Tanzania and in association with various agencies including Enforsa from Belgium and AHD from Burundi. It was coordinated by Fracarita International, Belgium, and Tanzania. The project also includes the organization of education for young people with hearing impairment and social disorders in Rumonge and an agricultural project in Kasaka.

The hotel wants to be a hospitable place for its guests, in the spirit and the specific spirituality of the Brothers of Charity, whose original name was ‘Hospital Brothers of Saint Vincent’. That’s a definite plus for the Aqua Lodge Hotel. 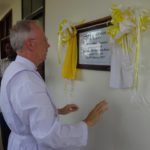 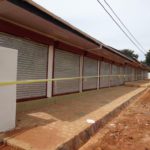 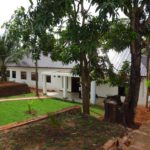 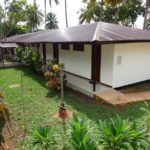 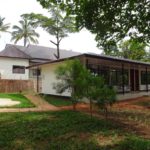 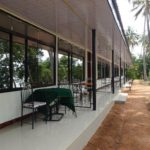 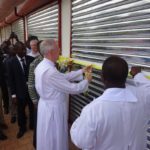