The Center for Victims of Torture wins the 2018 Dr. Guislain Award 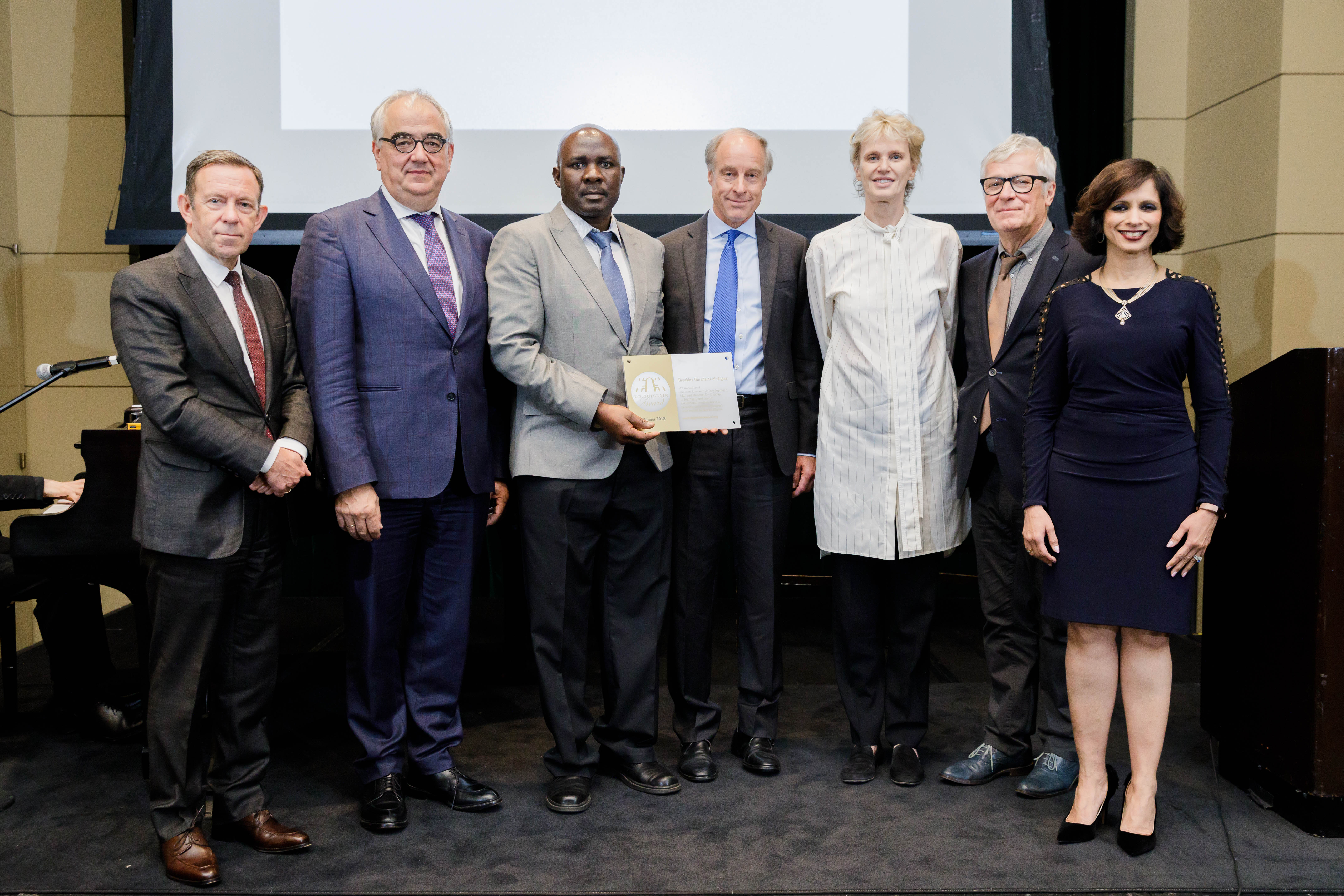 According to the Center for Victims of Torture, there are approximately 1.3 million refugee torture survivors in the United States and millions more around the world. Torture and war trauma have tremendous psychological and physiological impact on individuals, often resulting in the development of post-traumatic stress disorder, major depressive disorder, and anxiety disorder. The Center for Victims of Torture provides services and support to these survivors with the goal of reducing psychological symptoms, such as flashbacks, nightmares, depression and anxiety, and improving function by helping survivors meet basic needs, re-establish social connections and get involved with their communities.

“This award honors every member of the Center for Victims of Torture family in every one of our locations around the world, including not only our dedicated staff, but also our selfless volunteers, board members, supporters, advisory council members and tireless advocates who stand with us to eliminate torture,” said Curt Goering, Center for Victims of Torture executive director. “Our clients – and all survivors of torture – are at the heart of our work and the forefront of our minds every single day, and we will never stop fighting on their behalf as they navigate their own healing journeys. On their behalf, we are deeply honored to accept the Dr. Guislain Award in recognition of our work.”

The Center for Victims of Torture was the first rehabilitation center for torture and war trauma survivors in the U.S. and remains one of the largest organizations of its kind in the world. The organization started as a local program in St. Paul, Minnesota, thanks to the leadership of the state’s governor, during a period when tens of thousands of refugees were arriving from Southeast Asia. In 1999, the programs expanded internationally to reach survivors living in very difficult conditions in other countries, where they do not have access to mental health counseling and other resources as they do in the U.S.

Over the past five years, the number of individuals to whom the Center for Victims of Torture extends rehabilitative care (including domestically and internationally) has grown from just over 2,000 in 2013 to more than 4,400 in 2017. In its more than 30 years of operation, the Center for Victims of Torture has rebuilt the lives and restored the hope of nearly 36,000 survivors and touched the lives of many hundreds of thousands more through policy advocacy that generates federal funding for survivor rehabilitation in the U.S. and abroad.

The Dr. Guislain Award program is a joint project of the Dr. Guislain Museum and Janssen Research & Development, LLC. The winner receives a $50,000 prize that must be used toward further work to reduce societal stigma about mental health. The Award is given to an individual(s), organization or project that has made an exceptional contribution to mental healthcare in the broadest sense on a cultural and/or social level; has provided a genuine contribution to decreasing stigma around mental health conditions; has promoted attention for mental health care; and has done all this with passion, creativity and innovation.