Workshop on challenges and perspectives for a health pastoral care 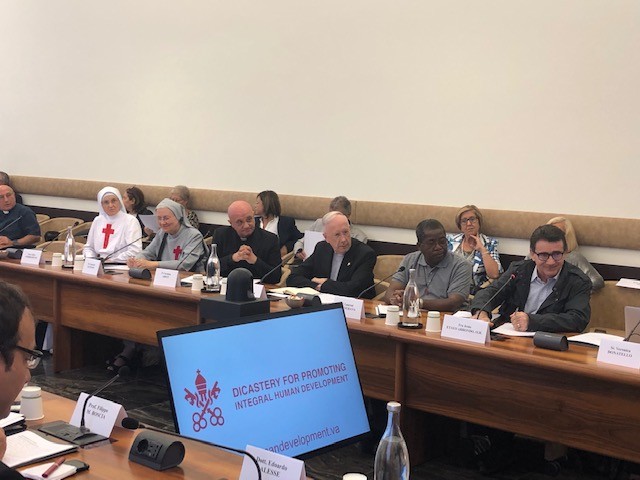 On Wednesday, September 18, the first workshop entitled “Challenges and perspectives for a health pastoral care” was held at the Dicastery for Promoting Integral Human Development. The meeting was attended by numerous representatives of the hospital, pharmaceutical, academic and research world, as well as managers and delegates of religious orders who have always been involved in the service of caring for the sick. Brother René Stockman attended the meeting as General Superior of the Congregation Brothers of Charity.

The seminar, which was held at Palazzo San Calisto, was divided into an introductory plenary session and subsequent working groups, during which the participants were able to formulate concrete proposals for the Dicastery, in order to define together the lines of a health ministry able to respond more to the needs of the present time, as Pope Francis also asks.

After the inaugural greeting of Card. Peter Turkson, Prefect of the Dicastery, and the presentation of the positions of the individual participants, the intervention of Mons. Bruno Marie Duffè was held. The Secretary of the Dicastery proposed a reflection based on three considerations concerning the relationship between health and integral human development: the health of people and the earth as a determining condition of integral human development; the need to take care of the common home and those who live there; the spiritual dimension of health as a new approach to life in the light of memory and experience. In particular, Duffé stressed the need to focus on the enhancement of the spiritual dimension in the approach to the care of the sick, since it brings together all the dimensions: that of the body and that of the soul. “The principle of the dignity of the person – he said – has its origin in the gaze of God on man and in the gaze of his brother who reveals us to ourselves”. We are therefore called to a great capacity for listening and dialogue, to put ourselves more and more in relation with each other and with the earth. “As the Pope explains very well in Laudato Si’ – concluded the Secretary – the integral ecology at the same time touches on the relationship that we have with the creation, for this we cannot not speak today also of integral health”.

Finally, in the final plenary session, all the operators presented the proposals that emerged during the working groups.