Nairobi, Kenya – 24 February 2017. During an intimate ceremony at the International Novitiate of the Brothers of Charity in Nairobi, Kenya, 33 postulants received the religious habit from the hands of the Superior General, Bro. René Stockman, and were received as novices in the Congregation.

Religious training takes two years, after which the novices are allowed to profess their first vows for a period of one year. After a period of six years, they can perpetually devote themselves to the Congregation. The 33 novices come from D.R. Congo, Central African Republic, Tanzania, Burundi, Rwanda, Ethiopia, and Namibia.

The Brothers of Charity rejoice with the arrival of the new novices and hope that they can join their ranks as fully-fledged religious after a thorough formation. 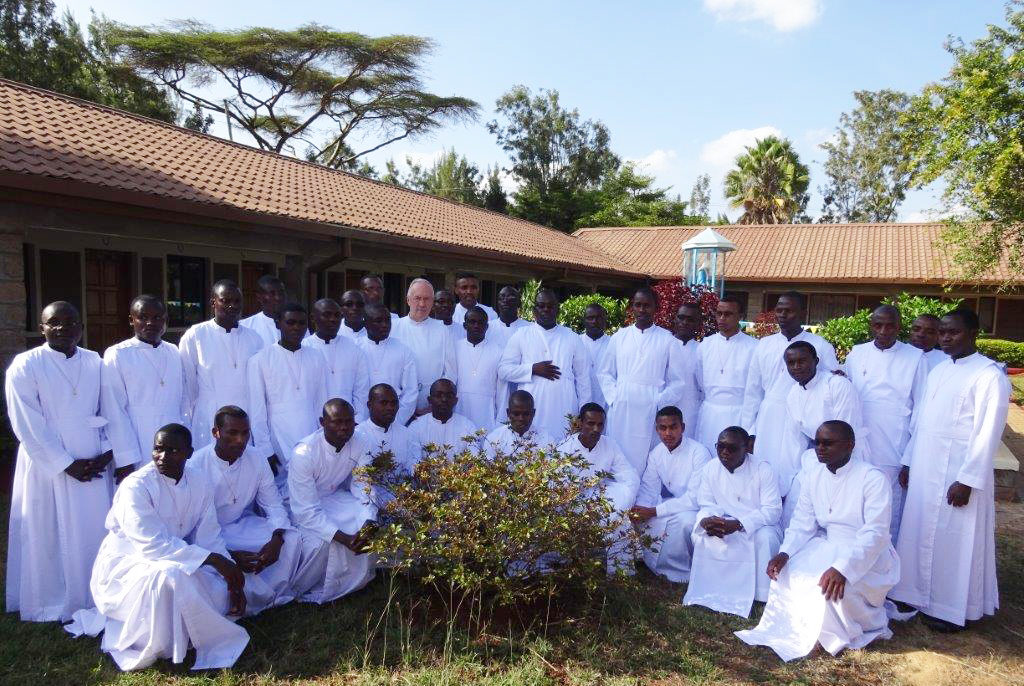