The 30th anniversary of Triest House

Ghent, Belgium – 11 March 2017. On Saturday, 11 March 2017 we celebrated the 30th anniversary of Triest House, an initiative for the care of disadvantaged people in the city of Ghent.

The house was opened in 1986 to offer a timely response to a new need, completely in line with the charism of our Founder, Peter Joseph Triest. The house was meaningfully called ‘Triest House’, now a household name in the city of Ghent as one of the main shelters for people in need, both during the day and at night.

All the volunteers were invited for the occasion, because the initiative is largely supported by volunteers. Of course, the initiators were honoured, as well; Bro. Godfried Bekaert, who, along with Bro. Clariet Lippens and with the support of Bro. René Stockman, former director of the Guislain Institute, gave the go-ahead to find a new path in the apostolate of the Brothers of Charity. Central to the event was the figure of Father Triest, and Bro. René Stockman, Superior General of the Brothers of Charity, shed light on the charism.

We wish Triest House all the best in their future endeavours, all in the service of those on the margins of society. 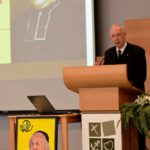 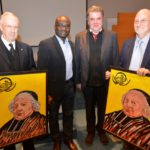 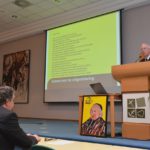