Congregation’s Consecration to the Immaculate Heart of Mary

May 16, 2017News Brothers of Charity, Uncategorized 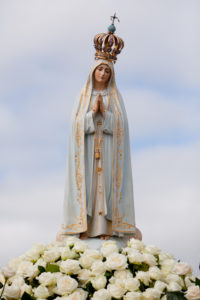 On 13 May 2017, on the occasion of the commemoration of the apparitions of Our Lady in Fatima 100 years ago, the Congregation worldwide renewed her consecration to the Immaculate Heart of Mary.

On the occasion of the meeting of the provincial and regional superiors, this consecration was already made in Rome on 25 April at the General House of the Brothers of Charity by the attending superiors, asking this consecration to be made globally on 13 May, in great solidarity with the world Church and especially with the Holy Father who also consecrated the world to Mary in Fatima.

We would like to offer you the prayer that was issued on this occasion.