May 15, 2017News Brothers of Charity, Uncategorized

Kikwit, DR Congo – 13 May 2017. On Saturday 13 May 2017, the new Peter Joseph Triest Psychiatric Centre was inaugurated and consecrated in the presence of the Superior General of the Brothers of Charity, Bro. René Stockman, the Bishop of Kikwit, Mgr. Thimotée, the mayor of Kikwit, and many other authorities.

The Brothers of Charity have been taking care of the psychiatric patients in the Lusanga hospital buildings at the request of the local bishop since early 2004. Due to the hospital’s poor accessibility, the Congregation decided to acquire a property in Kikwit and build a entirely new psychiatric centre. Today, the new centre was inaugurated, which allowed for the continued care of the patients.

The kind words of both the Church authorities and the civil authorities were a true highlight. They underlined the importance of the presence of the Brothers of Charity and emphasized the pioneering work that they perform with the care of people with mental disorders in this region of the DRC.

In his speech, the Superior General stressed that professional care should always be in line with charity, which remains and should remain the backbone of the care developed by the Congregation. He also thanked all those who made this new building financially possible and those who followed the project from far and wide. 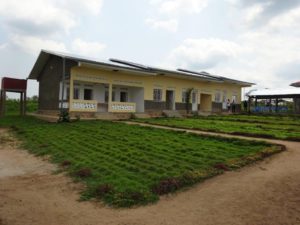 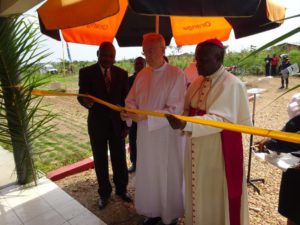 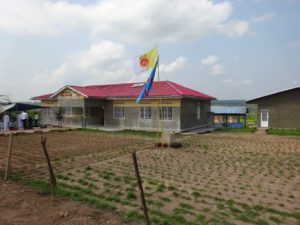