After the reporting of the past days about the last six years as administration, as working in the provinces and concluding with the financial status of the congregation, there was in the morning a further discussion and evaluation in the provincial groups.

Around noon all provincial groups finished their report and transmitted it to the two commissions. It was up to them to give a summary in which also directives where given for the future policy.

Both reports were commented calmly after which followed a very interesting discussion. Again the reports were honest, referring to all the good that happened in the last years, and without fear for indicating the bottlenecks and the difficulties. In this way the reports became real chapter documents that can be taken to the discussions during the next two weeks.

With this the first week of the chapter is closed, the week of the evaluation of the last chapter period.

Saturday we have a recollection day around two recent documents of the Holy See: the apostolic exhortation of Pope Francis about the call on holiness in today’s world and the administration of the temporal goods. The explicit choice has been made to combine during the recollection day the purely spiritual with the temporal, totally in line with what both documents indicate: be spiritual in the daily life and let all your acting be fructified by the message of the Gospel.

We cannot conclude this report without mentioning the football madness that also afflicted our general house during the match between Belgium and Brazil, without keeping silent that the Belgians received, with a lot of proudness, many congratulations. Those who were already earlier in their rooms could follow the number of goals thanks to the cries of joy that rose from the interior court. Till now we didn’t receive any complaints of the neighbors for unwanted noise at night… 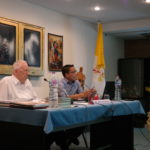 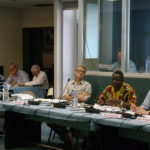 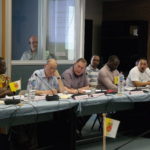 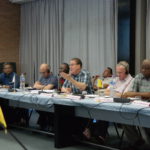 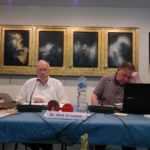 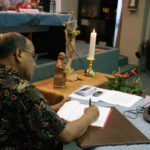 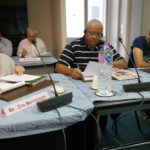