A recollection day as a spiritual rest day after a full week and also as an orientation fur the further activities. Therefore was chosen for a diptych, and this at the hand of the two most recent Church documents.

In the morning Bishop Enrico dal Covolo, rector magnificus emeritus of the Pontifical Lateran University, spoke about the apostolic exhortation Gaudete et exsultate of Pope Francis about the call of holiness in the actual world. Out of his background being a specialist in the study of the Church Fathers Mgr. dal Covolo gave some inspiring texts of Origen and Bernard of Clairvaux who both put the accent on the fact that holiness all has to do with the grace of God and the love of God. It is up to us to open ourselves for God’s love and grace. The exposé was ended with some questioning out of the group.

The session in the afternoon was dedicated to the document of the Congregation for Institutes of Consecrated Life about “economy at the service of the charism and mission”. At the first sight it can seem singular to discuss this theme during a recollection day. But it was clearly the intention to give our spiritual compassion also a very concrete content and to translate it in the way we deal with the temporal goods at the service of the charism and the mission of the congregation.
Our two staff members of the general administration, Mr. Patrick De Pooter and Mr. Jos Leysen, gave an introduction. Patrick gave a summary of the document and Jos Leysen explained what has be realized till now in the congregation of the points that are mentioned in the document as important. After that a very interesting exchange followed, through which was made clear how important the theme is for the concrete life of the congregation.

Bro. René Stockman concluded this reflection referring to the fundamental criteria that always have to be respected in each form of economical and management activities within a religious institute:

– Fidelity to God and to the Gospel. The question is always if we are in line with the vocation we have received and if we really follow Christ.

– Fidelity to the charism. Every charism is always a living reality called to be developed in creative fidelity. It will be always considering between the choice that has to be made in a given situation and the own identity of the Institute.

– Poverty. We have to cultivate a happy sobriety in the development of our initiatives in order to serve really the poor.

– Respect for the ecclesiastical nature of goods. The temporal goods of institutes of consecrated life are ecclesiastical goods destined to the attainment of the purposes of the Church. Therefore these goods have to be used in conformity with the objectives and in line with the Church discipline.

– The sustainability of the works. The works are situated in a social and economic context. A work is therefore sustainable when it maintains a balanced approach to financial matters and makes the most of available resources.

– The need for reporting. Everyone has to transmit at his level the necessary reporting to his hierarchical superiors.

With this the first week of our general chapter ended. Sunday, it is of course a free day, in order to start on Monday with the election of the general superior and the vicar general. 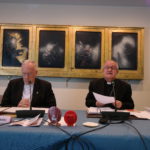 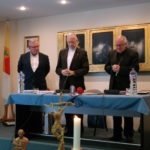 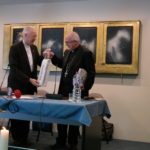 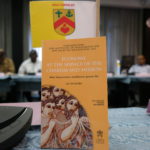 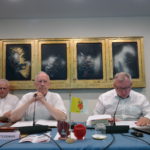 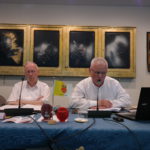