On Monday, the General Chapter took an important step with the election of the Superior General and the Vicar General.

In the morning, the election for the general superior was held. Bro. Louis Verschueren, the oldest member of the Chapter, acted as chairman. The outgoing Superior General, Bro. René Stockman, placed his keys at the foot of the crucifix and put his past term of office in the hands of the Lord. He asked for forgiveness for his errors and shortcomings and thanked the confreres and staff who have worked with him for the past six years.

The brothers re-elected Bro. René Stockman as general superior, who accepted the task, thus starting his fourth term of office. The Te Deum was sung in the chapel and, at the foot of the altar, the Superior General prayed for strength to be able to fulfil his mission properly. All the brothers in attendance congratulated the ‘new’ Superior General, after which they enjoyed a reception in the courtyard.

In the afternoon, the Superior General served as chairman of the election of the new Vicar General. Bro. Jean-Marie Mukonkole, Regional Superior of Congo, was elected Vicar General.

We thank Bro. Jos Mathijssen for his past term and the way in which he served the Congregation as Vicar General. We congratulate the new Vicar General on his election.
The three remaining General Assistants will be elected at the end of the General Chapter.

This concluded the day of the first series of elections. Tomorrow, we will start the Chapter of Affairs and further discuss the theme of the chapter. 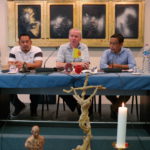 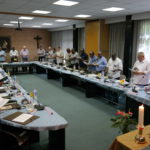 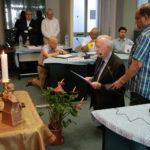 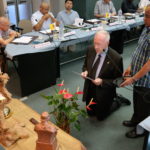 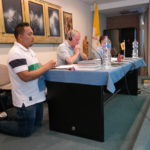 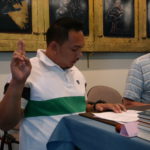 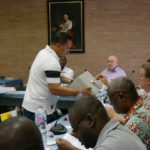 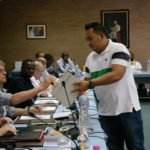 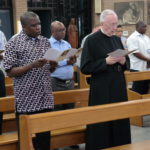 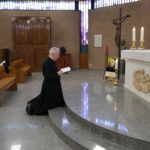 Prayer of the re-elected Superior General 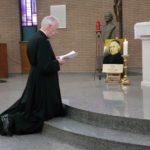 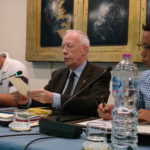 Electoral procedure for the Vicar General 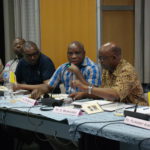 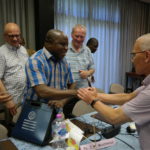 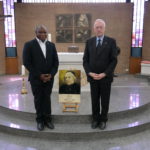 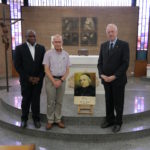