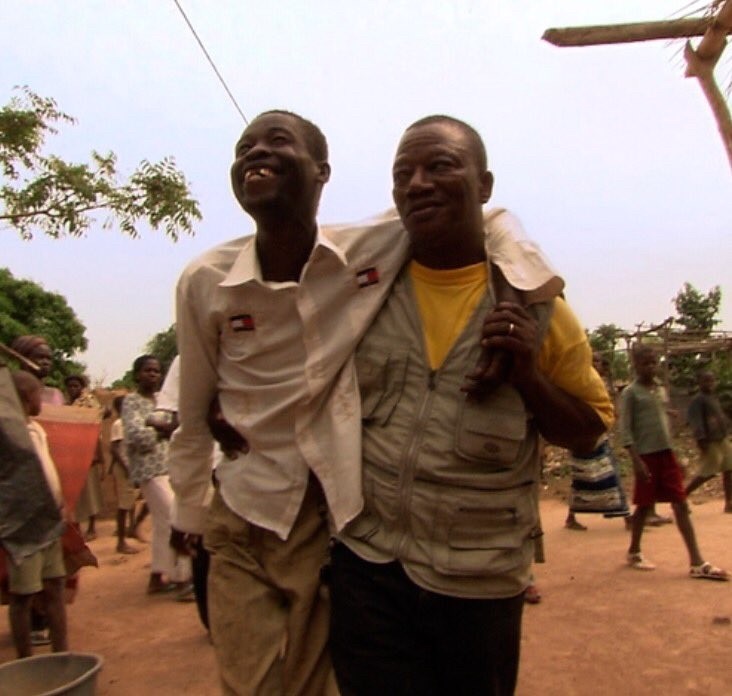 On 15 October 2020, the Dr. Guislain Museum and Janssen Research & Development, LLC named Grégoire Ahongbonon the 2020 winner of the Dr. Guislain “Breaking the Chains of Stigma” Award. The award honors Grégoire for his extraordinary efforts to reduce stigma about mental illness and organize contemporary psychiatric services for people in need across West Africa. After battling and recovering from depression, he was inspired to help others in West Africa – a region where mental health has historically been misunderstood by those suffering, their families and friends, and even by doctors. Grégoire Ahongbonon was honored for its outstanding humanitarian work during an online ceremony.

In African culture, mental illness is often seen as a supernatural affliction with those suffering assumed to be possessed by contagious evil spirits. They are often isolated from society and brought to church or healers before visiting a medical professional. In fact, due to the high cost of some treatment facilities and medications, extreme measures – such as physically chaining people – are still used when dealing with mental illness.

“Grégoire Ahongbonon embodies the spirit of the Dr. Guislain ‘Breaking the Chains of Stigma’ Award, having both literally and figuratively freed those in West Africa from the shame and burden often associated with mental illness,” said Brother Dr. René Stockman, Superior General of the Congregation of the Brothers of Charity and Chairman of the Museum Dr. Guislain. “Through the Saint-Camille Association, he has made a meaningful and direct difference in the lives of so many, while also fostering acceptance within the communities.”

The Saint-Camille Association began in 1991 as a simple operation at the University Hospital Center in Bouaké, Ivory Coast. There, Grégoire and a group of volunteers were able to tend to the mentally ill and provide basic care such as hygiene, food, clothing and emotional support.

Today, the Association operates nearly 50 inpatient psychiatric centers, rehabilitation centers and outpatient clinics in communities across the Ivory Coast, Benin and Togo. Currently, it is estimated that around 100,000 people have benefited from their services and been able to return to their families and communities, often times taking a job with the center that helped them rehabilitate.

The Dr. Guislain Award program is a joint project of the Dr. Guislain Museum and Janssen Research & Development, LLC. The winner receives a $50,000 prize that must be used toward further work to reduce societal stigma about mental health. The Award is given to an individual(s), organization or project that has made an exceptional contribution to mental healthcare in the broadest sense on a cultural and/or social level; has provided a genuine contribution to decreasing stigma around mental health conditions; has promoted attention for mental health care; and has done all this with passion, creativity and innovation.