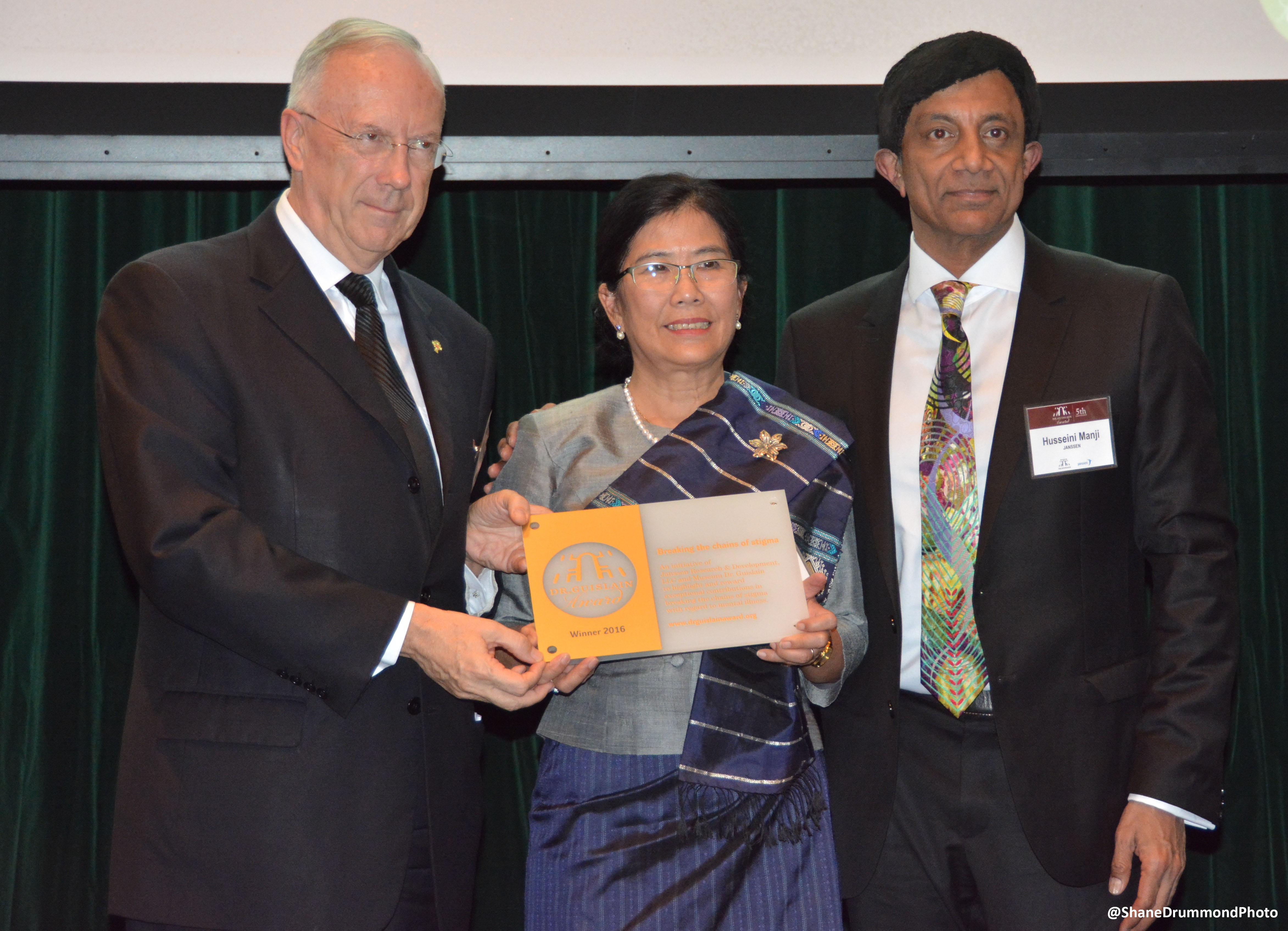 With this award, the organizers want to put the spotlight on a project that focuses in a unique and special way on taking down the stigma, the taboo, and the discrimination that still exists towards people with mental illness.

This year’s international panel of judges chose Dr. Chantharavady Choulamany’s ‘Basic Needs – Better Mental Health, Better Lives’ project as their winner. Dr. Choulamany is a psychiatrist from Laos, who attempts to put the care for psychiatric patients on the map in her country with a unique training and support programme. In Laos, a country that has a population of 6 million, there are only two psychiatrists and a very poor level of care for people with mental health problems. As part of her programme, Dr. Choulamany tries to train Buddhist monks as counsellors, in the belief that these people can have a great impact starting from their spiritual life in the approach to people with mental disorders.

Bro. René Stockman, as curator of the Museum Dr. Guislain, and Dr. H. Manji, head of Neuroscience at Janssen Research & Development, presented the award of $ 50,000. In her acceptance speech, Dr. Choulamany told a captivating story about her pioneering work in her country.

Read the speech of Bro. Stockman, Superior General of the Brothers of Charity.