Johannesburg, South Africa – 19 January 2018. In the early morning, Bro. Constantino Kaunda, Regional Superior of the Saint Paul region, and Bro. Antoine Colpaert, Regional Bursar and Superior of the Florida community, lost their lives in a terrible accident in Johannesburg on their way from the airport to the convent in Florida. The Congregation lost two very valuable members in these two brothers.

Bro. Antoine Colpaert was a valued brother nurse for many years, in charge of the nursing department and general director of our psychiatric centres in Rwanda and Burundi. In Kamenge, Burundi, where he was a superior and a director for several years, he saw to the reception of many refugees in addition to running the psychiatric centre. In recent years, he was connected to the Thandanani psychiatric rehabilitation centre in Florida, South Africa and was the Regional Bursar.

Bro. Constantino Kaunda was the Saint Paul region’s Regional Superior since 2012 and the Superior of the formation house in Lusaka, Zambia. His dedication to the Congregation was limitless and his contribution to various congregational committees was always highly valued.

In these moments of great ordeal, we can only bow our heads and pray that the Lord may accept these two brothers in his eternal glory. Our gratitude for what they meant to the Congregation in this life is great. We thank the many who expressed their sympathy on the loss of these brothers. 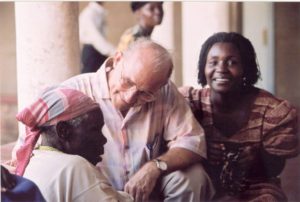 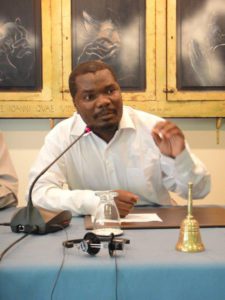